We are a German manufacturer of spectrophotometers for industry and science located in the middle of Germany.

ColorLite – From the beginning to today

When Light emitting diodes – LED’s – were evolving from a simple, low intensity light source to a super high power light source, which was robust, had a comparable low power consumption and almost infinite lifespan. LED has revolutionized the lighting industry back then – and it was our idea to use this progression to develop a new system for measuring colours on a professional level.

PhD Student David Pryor at the University of Applied Sciences, Hannover, together with an industry partner from Leipzig, developed the spectrophotometer sph850, which implemented the new LED’s. With a combination of these white and blue LED’s, bright white light was produced to illuminate samples. The analysis of the reflected light was made by using a new microsystem spectrometer component.

The new system implemented optical cables and a brand new innovative spectrophotometer in 2002. In 2003 ColorLite started in Germany with the unique selling proposition to develop, manufacture and market colour measuring devices. OK, it´s not like with Steve Jobs starting in a garage, but it is still quite notable! The new system had an extreme flexibility, with a previously unknown small probe head, which connected to the main unit via a flexible cable.

All our products developed since are equally innovate. We constantly ask ourselves the question: “What can we do, to improve, what is already available in the field where we are specialised?”

In 2016 we won the renowned “Red Dot” industry design prize for our desktop spectrophotometer “ColorCube”. In 2017 we won the prize for the “Best innovation in the field of metrology” in the south of Lower Saxony for a completely new system, which combines a microscope, spectrophotometer and camera to enable extremely accurate measurement of colour values – on parts which are  smaller than 1mm! 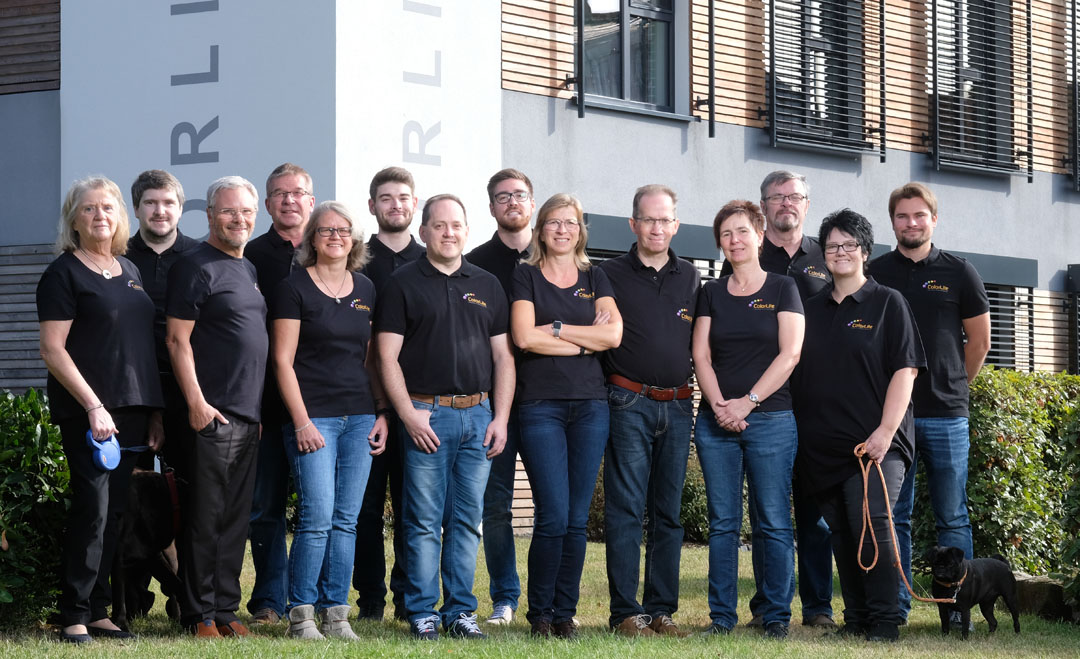 A strong team for the success of ColorLite

Another breakthrough was the ColorLite sd350 spectral densitometer – designed, because the other systems on the market for measuring optical density where simply not accurate enough, especially for the automobile industry.

Hoewer, that´s no reason to become stuck in the past; the future holds a lot of challenges- and we are well-prepared. ColorLite are specialist in colour measurement, and are very well prepared for an upcoming Industry 4.0- including inline colour measuring systems for 100% production control and the connectivity to dosing- and process control systems with highest flexibility and reliability. Our inline systems have been working in many areas of industry for over ten years.

We are committed to produce nothing less than accuracy in excellence.

“The true progress of invention is towards simplicity”

We offer direct sales or support from our local distributors.

Sign up for the newsletter and do not miss anything!

We are looking for you to support our team.